Knowledge Base
How can we help?

If a user in your account is currently editing the same record, Ragic will lock this record so that other users won't be able to edit this account at the same time. This is to prevent data loss.

If you really need to edit this record, you can still manually unlock this record from the pop-up menu at your own risk. Since the edit saved first will be overwritten by the edit saved later, it is suggested that you find the other editing user, and ask them to save their entry first, or leave the editing mode if they're not doing an edit. 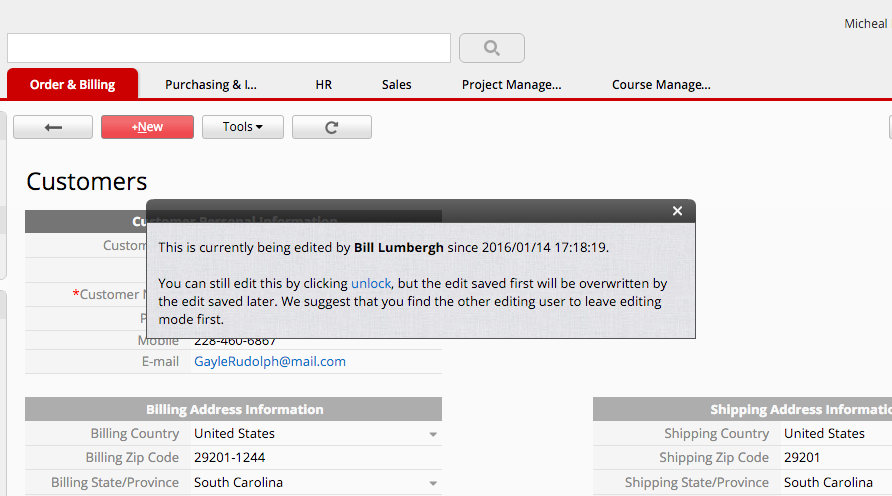 Sometimes you might need to manually lock a record from the information panel in the lower right corner, which will make this record read-only for all other users in your account until it is unlocked by you.

In addition, you can add a lock record action button with this method if needed.